Emerging from the subway to the rainy street, she popped her umbrella open and proceeded across the street and down the block. The dull grey of the day made the warm amber glow of the coffee shop all the more inviting and seeing him sitting near the back on a worn velvet sofa, reading the newspaper, made her heart speed up in her chest. He was such a pretty fellow, so gracious and unassuming.

The door gave way, and she entered the warm space, replete with sweet smells and quiet jazz and as if he sensed her, his eyes lifted and locked on hers. His slow smile followed. She observed, as expected, that his coffee cup was empty, a spoon neatly tucked beside it on the coffee table in front of him. His gaze still hadn’t left her; she met his eyes again and flashed a smile as she stepped into line. She ordered for both of them and in just a couple minutes he was standing to take the cups from her so she could orient herself and get comfortable. He set the cups down and turned towards her taking her coat from her and folding it over the arm of the sofa, setting her bag on the floor at her feet. Suddenly unfettered, she leaned in to kiss him and breathe him in. Her lips touched lightly to his. His hand settled on her knee as they kissed and she ran her hand over the shoulder of his tailored shirt, fingertips grazing the leather collar underneath before they slid up into his hair. Her hand slowly closed around his hair, a tightening fist as they kissed. He sighed into her mouth, eyelids fluttering. Disengaging from the kiss, she straightened her sweater and he smoothed the knees of his trousers, both momentarily embarrassed by their spectacle but a quick look around the cafe proved that no one had really noticed.

“Oh look at that, I forgot to get cream in your coffee.” She scrunched her nose and showed him the cup of strong, dark coffee. “Not to worry, Miss, I can just grab some.” As he stood she pulled him back down and he looked at her quizzically, the wicked smile on her lips suddenly making him nervous. “No darling, not that cream … ” She raised an eyebrow as he blinked nervously. “I want you to take that raging hard on that you’re barely concealing, go to the washroom and sort it out. But don’t waste that lovely cum … ” He swallowed hard. “You mean … into my coffee?” She nodded and waited to see if he would protest. His cheeks flushed and he looked at his feet. She pushed his chin up with the tip of her finger so their eyes met. “Now, please.” He twisted nervously in his seat. “Yes, Miss.”

He stood and smoothed the front of his trousers as if to mask or divert attention away from the thick bulge in the front of them, and stooped to collect his coffee mug. He smiled sheepishly as she sat back in the velvet sofa as if it were a throne, crossed her legs and ushered him off with a wave of her hand.  He side stepped around a few fellow patrons and made it swiftly, if not surreptitiously, into the men’s room. The door was heavy, the patinated brass knob turned in his hand and he sighed with relief to find that it was a single toilet and sink, not a bank of stalls and urinals. He turned the dead bolt behind him and set his mug on the counter beside the sink. Almost immediately his phone buzzed in his pocket. He looked at her text and smiled. Of course she wanted documentation of his task. Of course. He grinned at his phone, feeling more brazen now that he was assured of privacy. As requested, he started a video stream and waved silently as her face appeared on the other end.

Out in the cafe, she nestled into the corner of the sofa, her cup perched on the arm, her legs tucked up under her. It was a dim corner and her phone glowed on her face, lip pinioned between her teeth as she watched him, safely knowing that no passers by could see her screen. All around her people ate and drank and talked, servers skimmed by in crisp aprons with black trays, the gush and shriek of the espresso machines droned on but she and he were in their own world, a room apart, completely consumed.

He watched her bite her lip, her pupils dilating as he unbuttoned his shirt for her. He could see himself in the mirror above the sink and was perfectly framed for her viewing pleasure. He grew brave, chuckling at the silly sexiness of what he was doing, determined to please her, but also taking pleasure in watching himself slowly strip. Button by button he revealed first his collar, then his chest, stomach, and finally the belt and button of his trousers. He let the shirt fall open as he slowly undid his belt, enjoying her candid smile as he undid his pants and waited for her eyes to widen as he pulled his aching cock from his pants.

She watched with rapt attention as he slowly exposed himself to her, his beautiful body shown bit by bit. She nearly groaned aloud when his heavy cock was freed from his briefs, thick and meaty in his hand. She felt her cunt clench as he began to stroke it and she nodded at the screen in encouragement, her eyes goading him on.

His hand was loose and relaxed, his wrist taking most of the brunt of each stroke. He watched himself in the mirror, genuinely aroused by performing for her. His hand quickened as his balls tightened and he knew he was not far from finishing. He clenched his teeth and sped up, his fist now a blur at his groin, his swollen cock throbbing at the friction, near to bursting with the excitement of the scene. He watched her face, she nodded and mouthed “Now.” and it was all he could do to grope for the coffee cup and get it in front of his fat, hot cock to catch the deluge of cum that spurted from it.

She watched as he rubbed out the final strokes and convulsed, as he came, catching the creamy prize of his devotion in the ceramic mug. She grinned as his shoulders grew slack and he leaned onto the counter. She closed the video and texted him one last instruction.

Once he was buttoned back up and had washed his hands he joined her again in the crowded cafe, snuggling in close to her on  the sofa. She pulled his chin to her and kissed him deeply, the tang of his ejaculate still present on his tongue. Her smile told him he’d done well and he rested near her, basking in her approval. The cozy secret between them was interrupted when a chipper server stopped by to ask if they needed anything. Without hesitation, she smiled up at the girl and said, “Yes, please. We’ll both have another coffee. I’ll take mine black, he’ll take extra cream.” 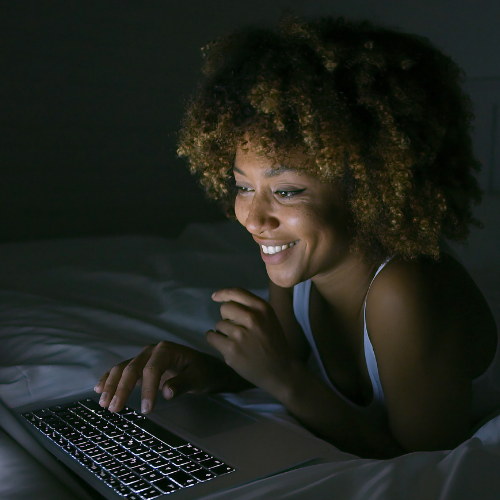 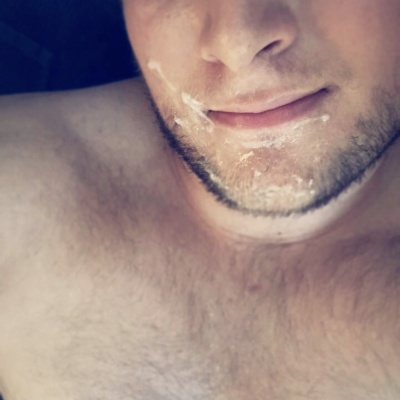 Got You Where I Want You