Willow loved a hotel bathroom with a double vanity. The luxury of “mine and yours” sinks and lots of room to unpack toiletries and spread out made getting ready for vacation adventures all the more fun to prepare for. In this particular hotel she had really moved things in since they were there a full ten days. Rehan’s end of the counter was tidy, orderly, minimal; hers was chaotic and extensive – like portraits of their character. Dressed for dinner in the hotel restaurant, she leaned over the counter towards the mirror to carefully paint her lips a rich crimson. She smiled as Rehan sauntered in, standing behind her, adjusting the collar of his shirt, unbuttoning the top button, meeting her eyes in the mirror.

“You look amazing,” His dark eyes flashed and flirted with her.

“Thank you, so do you. No tie is definitely the way to go.”

His hand rested on her hip and the other slid up into the back of her hair. Rehan reached under her skirt and felt the lace panties she was wearing. He smirked into the mirror.

“This will never do, Princess,” His voice was low and playful as he let got of her hair and hooked both thumbs into the top of her panties and slid them down, crouching as they slid down her thighs, and calves to her feet. Willow stepped out of them, cheeks flushed pink as he stood up again. She watched as he folded the scrap of lace and tucked it into his breast pocket.

“Let’s go,” he said as he offered her his hand. “Our reservation was for five minutes ago.”

The elevator was at the end of a long hall, quiet and deserted, and Willow snuck a few kisses, delighting at the sensations of her skirt brushing her bare thighs below her bare ass and damp cunt. The elevator dinged and the doors slid open. They stepped in and joined two men, one of whom smiled and spoke.

“Going down?” His finger hovered over the lobby button and Rehan nodded, his hand between Willow and the wall, fingers surreptitiously stroking the back of her thigh. Willow watched the lights above the door as they descended floor by floor, biting her lip and wondering how red her cheeks were growing as a result of Rehan’s touch. The elevator dinged again when they arrived at the lobby and she felt a silent slap, a tap really, on her bum cheek. She looked at him and he winked. They followed the two men out of the elevator and crossed the lobby to the restaurant.

Dinner was a lengthy affair. They opted for a tasting menu, seven courses and all of them delicious. They chatted as they ate, both reminded of how much they enjoyed each others’ company as cocktails and an amuse bouche disappeared with ease. They worked their way through each exquisite part of the meal until they were staring down the barrel of dessert.

Rehan smiled and his eyes twinkled. Willow gave him a knowing look and slipped her foot out her shoe and into his lap, grinning as he shifted in his seat and put his hand around her ankle.

“Oh, you can dish it out but you can’t take it?” she chided.

“It’s not me who should be concerned about what they can and cannot take, Princess.” His thumb pressed into the arch of her bare foot beneath the table and she let out an almost imperceptible moan.

The lobby was more busy as they left the restaurant, guests coming and going from dinner or drinks, and they stepped into a crowded elevator. Willow watched, bemused as Rehan pushed a button for the 47th floor, many floors above the other buttons already pushed. Their room was on the 17th floor and she smiled to herself as she realised what he was up to. They were nearly shoulder to shoulder with some other folks but Rehan pulled her closer to him as he leaned into the corner, his hand reaching around her hip and settling on her thigh. They were at the back of the elevator car and no one would see his hand unless they turned and looked with purpose. He knew that and she knew that and she steadied her breathing as his fingers climbed up her thigh and softly grazed the damp hair between her legs. He held her firmly against him and she could feel him secretly hardening against her bottom. Both their hearts were pounding as the elevator made routine stops and slowly the crowd thinned.

By the twentieth floor, they were alone. An elderly couple, the last remaining passengers, stepped off the lift and the doors slid shut. He was on her immediately, wolfish and hungry and she was ready for his lips on hers and his teeth in her shoulder, but more than anything she was ready for the three fingers he filled her with. Moaning and kissing, she bucked against his hand as he pinned her to the wall, their lust only tempered by the ding of the elevator as they approached the twenty fifth floor. Politely hiding their breathlessness, they pulled apart and Rehan touched Willow’s face in a seemingly innocent gesture, smearing her cheek and lips with her own wetness just before the doors opened. They were joined by another couple who had embarrassed looks on their faces as if they had been up to the same sort of naughtiness.

“It’s no bother, we can go down and then back up. We’re on holiday, we have all the time in the world.” Rehan smiled and pressed the lobby button for the couple. The foursome rode in silence, Willows hand on the bulge in Rehan’s pants, his finger tips softly scratching her inner thigh. None the wiser the other couple thanked them for the ride and departed at the lobby, replaced by a group of energetic and somewhat drunk footballers, part of a team staying in the hotel. They pressed the 30th floor button and one looked at Willow and smiled.

Willow glanced at the panel and replied with the highest floor before the penthouse suites.

“Sixty nine,” she said coolly, her ass cheek in Rehan’s hand as the fellows chuckled and went back to their tipsy tomfoolery.

As soon as they left Rehan’s hand was on her throat and his fingers deep inside her again. She melted against the mirrored wall and watched in the adjacent mirror as Rehan kissed down her body, pulling one of her breasts out of her dress and kneeling in front of her, hooking her knee over his shoulder.

“No we won’t. If the elevator stops, I’m simply a courteous gentleman on his knees to do up the strap on your shoe that’s come undone. There’s nothing untoward about that.”

He lifted her skirt and pressed his mouth against her, his tongue wrapping around the bulge of her swollen clit. Willow shivered and watched herself in the mirror opposite, running her hands through his hair and holding his face tight to her. She felt the quickening desire and juiciness of her cunt as Rehan’s lips and tongue pressed and prodded, sucked and slurped.

Rehan pulled away just long enough to say that he wasn’t stopping, before resuming.

Willow’s hands tightened in his hair. Could she really orgasm in an elevator with the threat of being caught so seemingly imminent. She caught sight of herself in the mirror again: her hair was mussed, her lipstick was no longer cleanly defined at the edges of her lips, her dress was open, one rosy nipple peeking out from a lacy black bra. She saw her inner slut stare back at her and she looked into her own eyes as she bit her lip and came. The orgasm was a lightning strike of pleasure – hot and fast and enough to nearly knock her to the floor. Rehan’s moans as her hips undulated around his face, buried in her heat, were too much to ignore and she let go;  a tidal wave of pleasure crashing over her, broken only by the sharp ding of the elevator. They had reached the sixty-ninth floor.

Rehan stood again, his short beard slickly glossed with Willow. He pressed number 17 and casually pulled Willow’s panties from his shirt pocket to mop his face and brow. Panting, leaning into the wall for support, Willow let out a laugh, a breathless, joyous cackle at the calm and sensible way he wiped his face and smiled as he tucked the lacy panties back into his pocket.

“What?” he said with faux confusion.

“I’m what?” his smile was almost coy. His hand was back in her hair and his face was near to hers, looking down into her eyes, his face smelling of the sweet, salty, mineral smell of her.

“You’re perfect.” she smiled up at him and kissed him.

“I’m not at all perfect, Princess, but I’m yours.”

“When we get to our room, I’m going to fuck you every which way. Just FYI.”

“I’d expect nothing less,” she laughed.

“And then we’re ordering room service because Daddy is going to want some cake after all that pie.”

Rehan and Willow held hands and politely stopped kissing as the older lady said to her husband, “Remember when we were young and you kissed me in elevators?” The old man smiled and kissed her cheek sweetly, winking at Willow and Rehan. He looked at Rehan and smiled.

“Never ever miss an opportunity to kiss the woman you love, son.”

All four of them smiled and said goodnight as number 17 lit up above the doors and Willow and Rehan stepped off the elevator and dashed to their hotel room door, laughing like teenagers and falling into their room to fuck and eat cake until the wee hours. 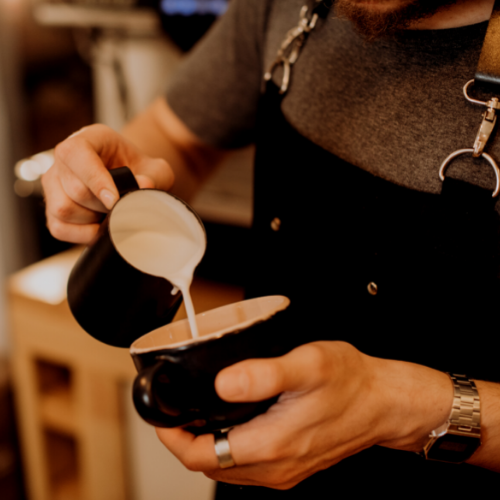 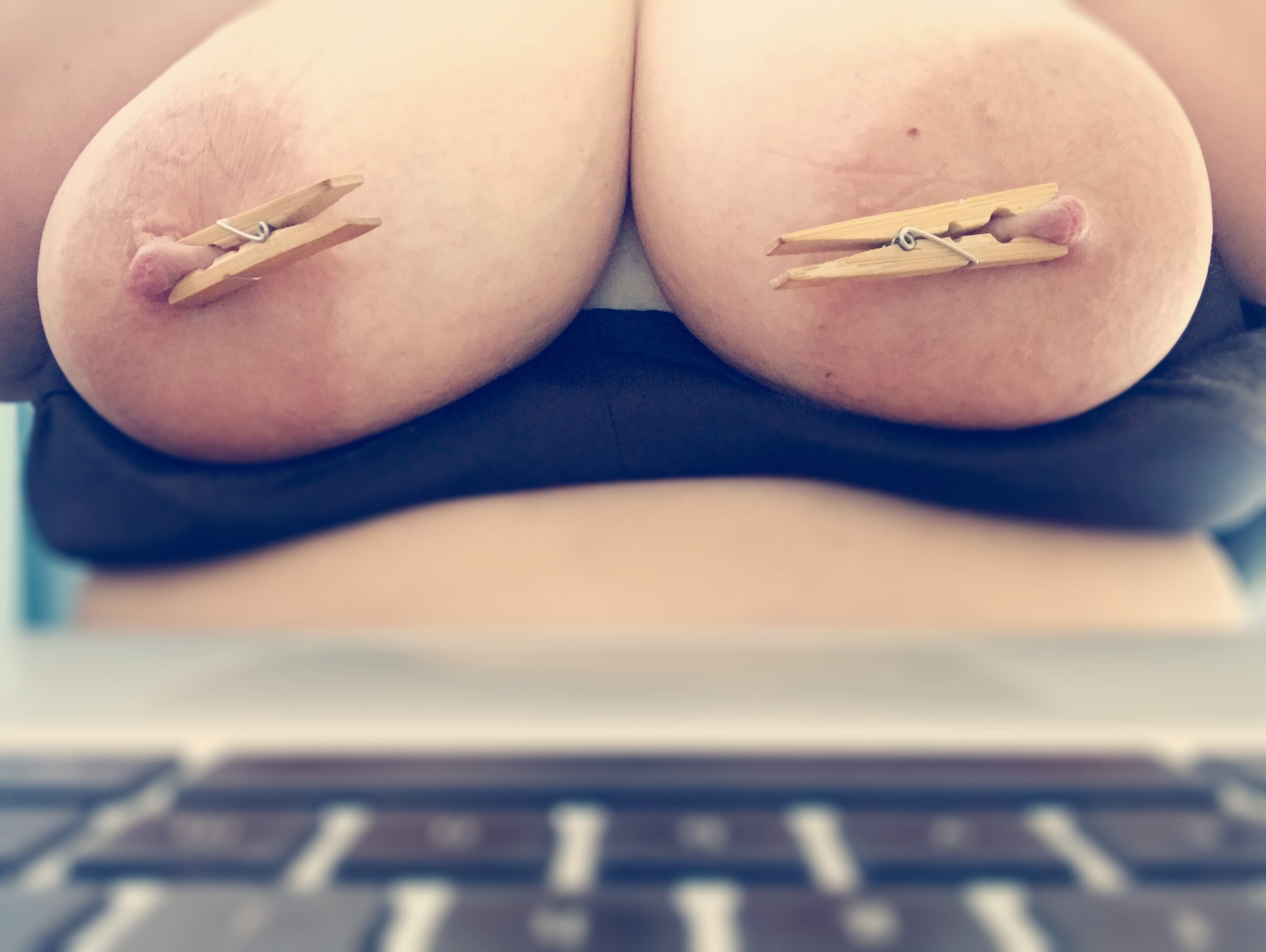 A Plug and Pegs Day

Got You Where I Want You

2 thoughts on “Going Down?”