The thermometer by the back door belied the heat of the afternoon; it was breezeless and blue-skyed, the kind of heat that made Owen’s blood feel thick and syrupy. Mowing the lawn had been a mistake, he should have waited until the evening or the next morning, but it was done now and he had the beginnings of a sunburn to show for it. He abandoned the lawn mower and sought the shade of the back corner of the yard where the elms leaned in close to one another and made a cool canopy, a haven for his Saturday afternoon. He swigged from his water bottle, and spat the piss-warm water into the grass, wiped his face and neck with his t-shirt and sank into a low wooden lawn chair. He kicked off his sneakers and closed his eyes. ‘Just for a few minutes,’ he thought to himself.

From the back door, across the yard, Shannon watched Owen’s sweaty form melt into the chair and she smiled to herself as a flicker of affection rippled through her chest. He was a good man, and she loved him.They were steadfast partners and she appreciated that even after a decade together, she still felt the same clenching desire for him and that he still craved her with the urgency of a new lover. But life was busy, careers and schedules and children all took up their time and energy and as much as they communicated about wanting more spontaneity in their love life, they fell into the same pitfalls that many couples did, including less sex than either of them wanted. The rush of love at the sight of Owen relaxing in the shade was quickly overrun by the desire to lick the salt off of his skin and feel his hands on her. Shannons eyes left Owen and she looked at the clock on the kitchen wall; the kids would be home in 15 minutes, along with Owen’s parents who had taken them to a movie and out for ice cream in an attempt to beat the heat. Fifteen minutes, what could she do with fifteen minutes? A sly thought hit her and she reached into the freezer and pulled out a popsicle, the old fashion red white and blue kind.

Owen’s eyes fluttered as Shannon’s voice brought him out of his half sleep and he squinted up at her, backlit against the blue sky. She smiled and held the paper wrapped popsicle out to him.

“I brought you a treat.”

“Ooh, thank you. You’re not having one?” Owen unwrapped the quickly melting popsicle and watched a bead of sweat roll over Shannon’s clavicle and down the middle of her chest.

“I thought maybe I could just have a taste of yours,” she smiled and knelt in the cool grass between his feet, her hands in his lap, one thumb softly rubbing back and forth across the zipper of his shorts.

Owen grinned and offered her a lick, quickly understanding what sort of game they were playing. Her lips parted and he rubbed the sweet ice along her lower lip and watched her tongue dart and swirl around it as his cock strained under her hand and he watched as her fingers effortlessly released his aching hard on. Her eyes were a hazy grey and filled with mischief and he fought off the thoughts of kids coming home, of his parents pushing open the gate to the backyard, thoughts of a disapproving neighbour closing their blinds in disgust. The heat, the proximity of her mouth, now faintly more pink from the tip of the popsicle, all made his head swim. He watched as her mouth surrounded him and he felt her tongue pressing at the underside of his head, sensitive and teasing. She looked up and held his cock, squeezing as she sucked, a giggle escaping from around him, her eyes smiling as she watched the popsicle, unattended, begin to drip down his wrist. She let her mouth off of him and opened it coyly, tongue out. He pushed the frozen treat into her mouth and slid it along her tongue, in and out, watching the hollows of her cheeks pull in as she suckled the melting syrup from the ice. He pulled it from her lips with a pop and in a moment of unbridled need, ran his hands through her hair and gently pushed her face down onto his cock again. The sensation of her ice cold mouth wrapped around him was almost too much to bear as the cold told his brain to pull out, but the ever-warming wetness and the clench of her throat made him push deeper.

Shannon felt the crotch of her shorts becoming more and more sodden and she squirmed at the thrill of his hand on the back of her head. She started a slow rhythm of bobbing up and down on his viciously hard cock and intermittently looking up to receive a cold sweet mouthful. As the popsicle melted, she focused more on the way his hips began to lift when she took him to the hilt and the ticking countdown in her head urged her on. The flagrant exhibition of it all was making her cunt squelch as she leaned in against his legs and began in earnest to bring him closer. He moaned and shuddered and the popsicle ran down his arm, forgotten by both of them as she coaxed his spurting cock to fill her throat. She swallowed with the tip of his head still at the base of her tongue and he cursed under his breath and pet her hair.

Owen watched as Shannon slowly let his wilting cock free from her mouth. With a cheeky smile she licked his fingers and palm, lapping up the sugar water. Her tongue was a watercolour blur of red and blue, a pretty violet shade where the two colours over lapped. She looked at him as she sucked the last melting chunk from the wooden stick and stood up. He grinned, tucking himself away.

“That was …” Owen stammered.

“Yes, and perfectly cold. That is something we will have to do again some — “

Shannon’s eyes widened as the gate at the side of the house clicked open and the familiar sounds of their family flooded into the yard on the breeze. There was nothing to hide, yet both of them felt a tinge of panic before kids and grandparents loudly descended on their backyard oasis. All that was left of their hot weather dalliance was the flat, damp popsicle stick, slowly staining the arm of the wooden chair the same colour as their tongues.

Enjoying #BlogDaysOfSummer? You can support this project by leaving me a tip, via Ko-fi. Just click here to make my day and help me keep community projects like this one running. Thank you for your support and participation! 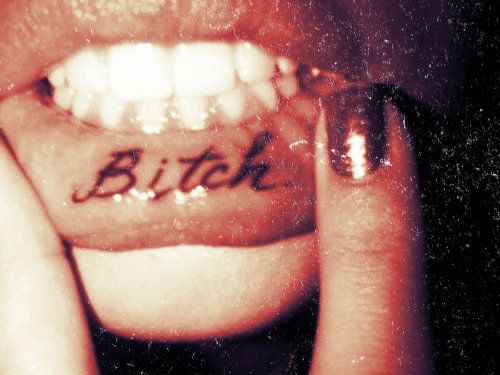 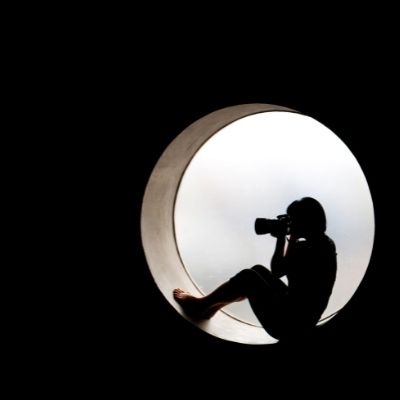