The Summer Lucky Came to Stay

[Content warning: a crush on an older man by a teen girl, unwanted sexual advances on a teenager, predatory behaviour]

Lucky was a legend in our village. He was a travelling farrier, as they were in those days, who would come through once a year, set up shop with my father, the village blacksmith, and see to a steady stream of horses in need of new shoes. To my recollection, I never knew his real name, Lucky was just an apt moniker because of all the horseshoes he made. He also had a reputation for never being injured by the horses he worked with, so gentle and patient was his demeanour. Lucky was a handsome man; broad-backed and barrel chested, he looked the part of a man who worked with iron and fire and the heavy tools of his craft. When Lucky was in town, he drew a crowd. He was a bit of a showman, boisterous and always smiling, and families quarrelled over who would host him during his stay in our quiet hamlet. The summer that I was seventeen, like many years before, it was my family who had the honour of housing and feeding Lucky.

He always arrived with a flourish, his cart was vaguely Romany is style – red and black with yellow and blue letters spelling out who he was and what he offered. It was a simple set up: a covered cart full of a vast array of dangerous looking tools pulled by a team of two bay geldings with Lucky at the reins. As a child I had run, barefoot in the sandy track that led into town with other children, awaiting his arrival and clamouring after him, hoping to catch one of the boiled sweets wrapped in brown paper that he would toss to us. Sometimes he’d toss pennies too.

But those days were behind me that summer that Lucky came to stay. By then I was too grown for such silliness and I had more important work to do and little time for waiting in clover-filled ditches to catch a smile from our beloved guest. No, that year I was up to my elbows in preserves and I sat alongside my mother and aunts on the front porch, halving and pitting plums and apricots, shelling peas and plucking the little green hats off the tops of strawberries. As we worked in the too-hot shade, the dust cloud from Lucky’s caravan appeared at the crest of the hill and he descended into the valley. Upon seeing the flash of red and yellow in the August sun, the sensible women around me with their fruit stained hands and feed-sack aprons clucked and fussed like hens, giddy as school girls. Even my mother took the time to pinch some colour into her cheeks and mop her brow.

His swaggering walk was recognisable in a distant sort of way. This was a man who had always been in the cast of characters in our village, but not a man whom I knew well. Some said he was a drunk and a philanderer, others claimed he spent the rest of his year in a monastery and had never touched women or drink. What Lucky truly was, was an enigma, and I saw it that summer, for the first time. I had never been so struck by a man before. Men, to me, were either so familiar they were harmless and uninteresting, or so foreign and unpredictable that their eyes on me in town, in church, or anywhere at all, made my stomach feel hot and tight and unpleasant. Looking at Lucky though, that was something different. He was probably twice my age, but he didn’t carry himself like the leering buffoons that spilled out of the tavern, nor did he move in the methodical, unassuming way my father and uncles did. Lucky was all slow saunter and tipped hat, crooked smile and hair that he would toss out of his eyes with an air of confidence that made my mouth go dry. I recall standing dumbstruck on the porch as he was swarmed by simpering spinster aunts and my mother, a simple hello caught in my throat. I realised I was looking at Lucky as a man, and for the first time, I felt like a woman.

When he tipped his hat and nodded slowly in my direction, his tongue rolling around and over the syllables of my name, I felt myself quiver and something in me both tightened and relaxed all at once. I was asked to show our guest to his room and I obliged, leading him up the staircase to the bedrooms, where I found myself alone with Lucky for possibly the first time in my life. My cheeks felt aflame, and I tried not to appear preoccupied with the new and thrilling thoughts in my head, like how his large rough hands might feel against the pulse in my throat, or deep in my hair. I wondered how they would feel on my trembling thighs, nearer and nearer the epicentre of my new and apparent need.

“Which room is yours?” he drawled as I let us into his room. I blushed and stammered that it was next door. He chuckled and shook his head.

“You sure have grown some since last summer. You have a fella?”

I fidgeted with the cuff of my sleeve and replied that I didn’t, that I had no time for such things.

“Well, that is a shame. Say, sometimes I get real lonely being away from home. You know?” he sat on the bed and patted the coverlet beside him. The curious excitement in my belly grew cold. His eyes were crinkled and almost too blue, I sat, hands in my lap, the newfound desire in me quickly swirling into anxiousness.

“Sometimes I just get so lonesome that I can’t sleep. Does that ever happen to you?” he smiled his cat-that-ate-the-canary smile and laid his heavy, rough hand in my lap. “Does it? Does that ever happen to you?” He leaned in and squeezed my thigh, his other hand snaking around my waist, pulling me onto his lap. I stiffened and wanted to scream, but I held my tongue. He put his bristled lips to my ear and breathed hotly against it as he spoke. What he said, I can’t repeat, what he asked of me, I will never speak aloud. I felt the thickness in his lap beneath me and I wriggled, caught between his chest and the tree trunk of his arm. He licked my neck with his rough tongue and I bit my lip until it bled, all the newfound intrigue had vanished and I was nearly set to beg him to stop when we both heard my father’s voice in the hall calling out to Lucky. We both froze and then he shoved me off his lap. I rushed out as my father walked in, leaving Lucky to stammer and act casual under my father’s gaze.

I closed the door of my bedroom and sat down at the washing bowl in the corner, the speckled silver mirror glass reflecting my bloody mouth back to me. I felt sick, I felt filthy, I felt unsure of what to say or do or if there was anything to say or do. I had been alone in the bedroom of a man, a guest no less. I was surely at fault. I swabbed my lip and lay down on my bed and promptly fell asleep, overwhelmed and unwell. My mother checked on me sometime later and I feigned a stomach ache as my reason not to join my family and our guest for dinner.

The next evening, my father came home from the forge looking grave, without Lucky in tow. We sat down at the dinner table and and bowed our heads in Grace, as we did every night. As my father began, I opened my eyes and met his from across the table. His voice boomed through the room as he led us in prayer.

Our Father who art in heaven,
Hallowed be thy name.
Thy kingdom come.
Thy will be done on earth as it is in heaven.
Give us this day our daily bread,
and forgive us our trespasses,
as we forgive those who trespass against us,
and lead us not into temptation, but deliver us from evil.

He looked into me with such conviction and compassion that I felt a knot rise in my throat and suddenly the empty seat at the table was entirely conspicuous. When we had all said “Amen”, and my mother began to serve us, my sisters giggled and asked where Mr. Lucky was and why he had not come home with Father for dinner. My father stared at the table beyond his plate and spoke evenly, solemnly.

“It seems Lucky’s luck has run out and he’s moved on.”

“Moved on?” My mother was aghast.

“But, will he be back for dinner tomorrow?”

I squirmed and watched my mother sigh and resign herself to my father’s answer. We ate quietly, the empty chair where the charismatic Lucky would have sat, to the right of my father, seemed to swallow the room in silence.

In town the rumours swirled for a few days, and soon he was forgotten. A new farrier joined my father, a man his age, quiet, and polite. He stayed at a room at the tavern that summer, as he did every year after that. From time to time, old stories of Lucky will re-emerge and the folk lore will re-ignite. Some say there was an accident that took him away and he could never work with horses again. Others say he went mad and disappeared. Others simply share the incomplete truth: that he was there one day and not the next. I’ll never know what was said between Lucky and my father, those words died years ago with both of them but I do know this: my father delivered us from from evil that last summer that Lucky came to stay.

I’m doing my darnedest to blog every day in August and I’m calling this little adventure The Blog Days of Summer. if you want to join in or read the pieces other bloggers are linking up, just click the badge! 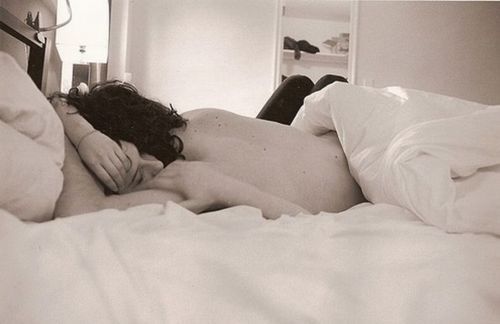 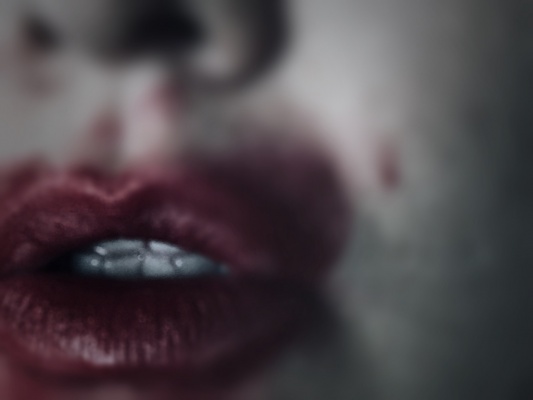 20 thoughts on “The Summer Lucky Came to Stay”

Like Loading...
Want to learn more about sex, love, kink and relationships?SIGN UP FOR MY MONTHLY NEWSLETTER